Visiting the Musee Rodin in the Wake of World War II 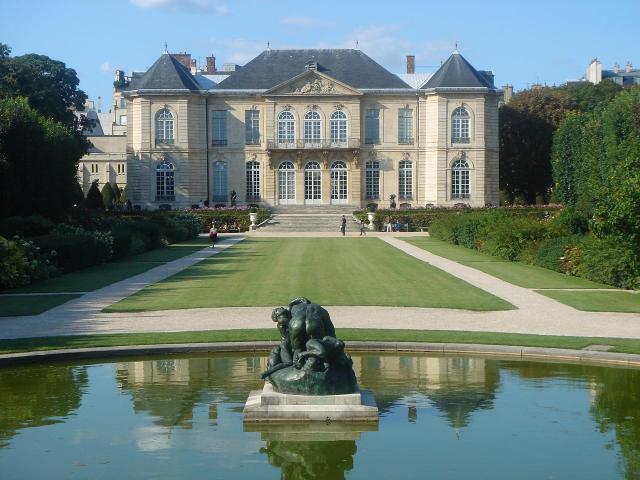 The Musee Rodin at the Hôtel Biron. (Photo by Clelie Mascaret, CC BY-SA 2.0)

For me, the reopening of the Musee Rodin unleashed floods of memories. In April 1946, a month before my nuclear family was to immigrate to the United States, my mother, who was somewhat of a tyrant, surprisingly let me visit Paris. Her reasoning was that once I’d reached America, I might never be able to return to Europe and visit its great sights.

Though I had never been there, the French capital was most familiar. During the lonely years of my illegal existence, I had devoured French roman-fleuves, serial novels that often celebrated Paris, and had familiarized myself with its street names, neighborhoods, monuments and buildings. It was almost like coming home.

Even though I had only three days, the Rodin Museum, at the Hôtel Biron, was at the top of my sightseeing list. Nelly Altorfer, one of my rescuers and mentors, had introduced me to Rodin. Nearly seventy years later, some of the details of my visit have faded, but I remember with perfect clarity the immense impact of the mansion filled with Rodin’s sculptures. Then, as now, white plaster casts and white marble sculptures filled the elegant rooms with their brilliance. More sculptures were in the park-like garden that surrounds the house. In one form or another all of Rodin’s great sculptures were present: The Thinker, Balzac in his flowing robes, The Age of Bronze, the beautifully shaped hands that form The Cathedral, The Gates of Hell, and my very own favorite: The Burghers of Calais.

The German poet Rainer Maria Rilke discovered the “for rent” mansion in 1908. He was so impressed that he wrote his friend Rodin the following letter: “You must, dear friend, see the beautiful building to which I moved this morning. Its three bays open to an overgrown, abandoned garden where rabbits jump over trellis [making it] resemble an ancient tapestry.”

Rodin hurried over, was impressed and rented space. Eventually Rodin managed to acquire the mansion from the state, living there until his death. He had arranged for the Hôtel Biron to become a private museum, which until now managed to fund itself and provide shelter for 6000 sculptures and 7000 works on paper. In time the museum aged, but in the last three years it has undergone a $17.8 million renovation.

Rodin had a somewhat late start, but attained fame toward the end of the nineteenth century. Rodin’s sculptures are realistic; they reflect their subjects’ psychological attitudes. They are emotionally satisfying and universally appealing.

The sculptor’s reputation spread across the Atlantic and today the United States is home to many great Rodin collections. (Several original casts are made from the same mold.) In addition to several other independent collections, Gerald and Iris Cantor distributed Rodin sculptures to seventy US museums.

That brief Paris trip was part of my coming of age. From 1942 to 1944, during my illegal existence in occupied Belgium, I had been mostly responsible for myself in a scary world. After the Germans left I returned home, resumed my studies and worked hard to catch up. My mom failed to acknowledge that I had grown up and I chafed against being treated like a child. There were many conflicts.

Three of my fellow students had invited me to share their trip to Paris as delegates to some student organization. I was free. We walked along the Seine and the Grands Boulevards, took pictures of the Île de la Cité from the Pont des Arts, and even attended Le Bal Tabarin, a risque cabaret. We were too poor to afford a table, but were allowed to sit at the bar sipping champagne. The female attendants in the “gender neutral” bathroom were so elegant and poised that I did not dare tip them.

My companions had to return a day early and on my last day in Paris I went to the Louvre and the Musée Rodin, the beginning of a lifelong passion of visiting art exhibitions. I was on my own and loving it. Though my trip had nothing whatsoever to do with Christmas, it taught me in no uncertain terms that: “Yes Virginia, there is a Santa Claus.”